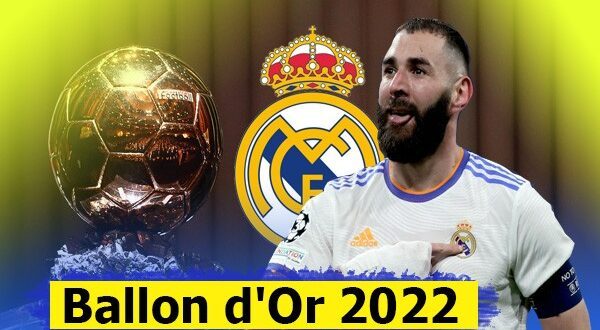 The talk about who will get the Ballon d’Or in 2022 does not subside for a second. Last time the prestigious individual prize went to Lionel Messi: the Argentine did not allow Robert Lewandowski to get a taste of the long-awaited victory, but now his chances of winning the Ballon d’Or are minimal.

Football-match24.com in this post, he talks about when the golden ball will be awarded, its main favorites, as well as the changes that occurred when determining the winner.

The 2022 Ballon d’Or award ceremony is scheduled for October 17, and France Football will announce the names of the nominees on August 12.

In March, France Football announced drastic changes in determining the winner of the Ballon d’Or. Now the success of a football player will be evaluated not for a calendar year, but for a season (in this case, for the past season 2021-2022). It turns out that the success of the players at the World Cup in Qatar will not be evaluated in this award. The importance attached to trophies will also be downplayed. Now more emphasis will be placed on the performances of a specific player, and not on how many cups he has collected, while not playing a big role in the team.

The changes also affected the number of judges. According to the new format, not 170, but 100 journalists from all over the world will determine the winner of the WM.

The main contenders for the Ballon d’Or 2022

Bookmakers have already prepared an opportunity for players to place a bet on the possible winner of the Ballon d’Or-2022. At the moment , the coefficients are arranged as follows:

As for other famous players, their chances of winning the prize are even smaller. For example, the odds of the 7-time winner of the «Ballon d’Or » Lionel Messi are estimated by bookmakers at a coefficient of 17.00. BC also do not believe in the success of Messi’s attacking partner, the star Brazilian Neymar (26.00). Well, the main veteran of football Portuguese Cristiano Ronaldo has lost all chances to win an award from France Football (Kef. 26,00). 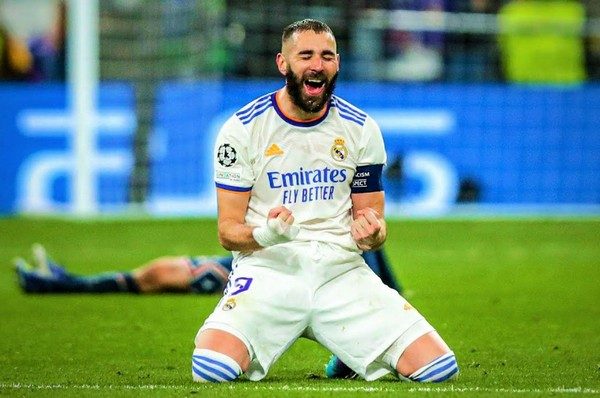 Only a miracle can take away the Ballon d’Or from Karim Benzema this year. At the age of 34, the striker had an outstanding season, winning the Spanish champion, the National Super Cup, as well as the UEFA Champions League with Real Madrid. As part of the French national team, Karim also achieved success, winning the League of Nations, where the player scored in the semifinals and finals. Benzema also became the top scorer of the Primera and the UEFA Champions League, In total, the captain of Real Madrid scored 46 goals and gave 15 assists.

Benzema has become a real leader of the «royal club». More than once, the individual actions of the Frenchman saved Carlo Ancelotti’s team from defeats and relegation from tournaments. What are the comebacks performed by Madrid in the 1/8 and 1/4 finals of the UEFA Champions League. Against PSG and Chelsea, Karim scored a hat-trick in the return games. And against Manchester City in the semifinals, the French goalkeeper was different in both matches. In general, Benzema spent the season in one breath: he was a real leader of the team and, thanks to his skill and experience, led the Galacticos and the French national team to great victories.

There is no doubt that Karim Benzema will be solidly ahead of his competitors in the final vote of France Football and will take the Ballon d’Or. It will be a wonderful gift for a Frenchman at the end of his career. 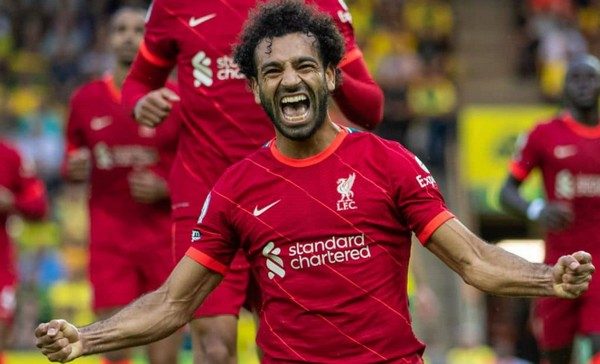 In the first half of the season, Salah demonstrated an excellent level of football and was among the leaders of the rating of the best players on the planet. However, in 2022, the «King of Egypt» slowed down somewhat and this led to the fact that his main competitor in the fight for the «Ballon d’Or» Karim Benzema was in the sole leaders.

Mohamed Salah scored 31 goals and gave 16 assists in 50 games for Liverpool, while in the new year the striker scored only 10 times and recorded 7 assists. With the national team, Mo Salah lost to Senegal in the final of the African Cup of Nations, and his team did not make it to the final of the 2022 World Cup. In addition to everything, the footballer could not help Liverpool win the Premier League title race, and also could not take revenge in the final of the Champions League against Real Madrid. And yet, Mohammed managed to take 2 trophies with the Merseysiders, but this is nothing compared to what could have been: a treble or even a quadruple.

Salah could have had a much better season, but he was often let down by the implementation. The Egyptian shoots a lot on goal in every match, but alas, the round does not always fly into the net. 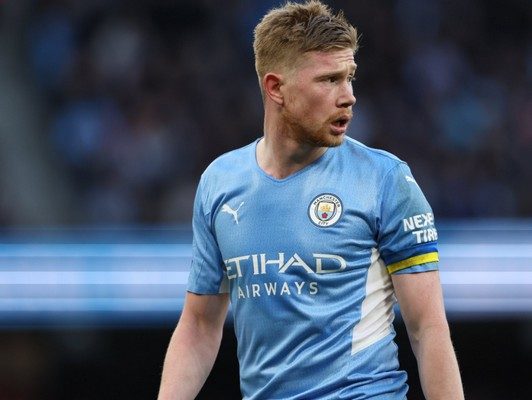 The Belgian midfielder has had another wonderful season for Manchester City, scoring 19 goals and providing 14 assists in all competitions of the 2021-2022 season. De Bruyne’s contribution to the MC championship race with Liverpool was decisive and in confirmation of this, the footballer gave an assist to Ilkay Gundogan in the last round, who scored the winning goal against Aston Villa. The «citizens» won the championship of England, and Kevin De Bruyne was deservedly recognized as the best player of the tournament.

If the Belgian playmaker’s team had successfully performed in the Champions League, then his chances of winning the golden ball would have greatly increased. And so Man City went out of the race at the semi-final stage, losing in a dramatic battle to Real Madrid.

Today De Bruyne is the best playmaker in the world and it’s hard to argue with this fact! We hope that the «Ballon d’Or» award will still wait for Kevin, when he gives out an enchanting season and leaves all competitors behind. 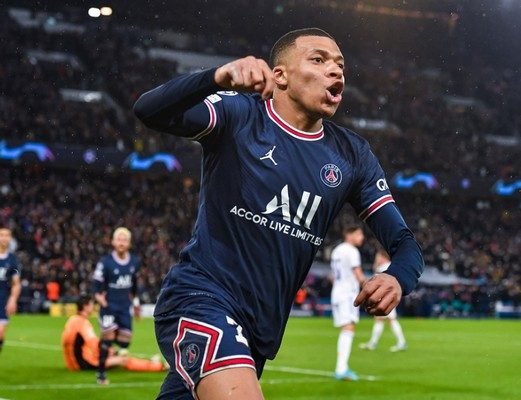 The young Frenchman shocked everyone when he decided to continue his contract with Paris Saint-Germain. The long transfer saga with the transfer to Real Madrid ended in May of this year. Mbappe decided to stay in Paris and at the same time the footballer became the highest paid player on the planet. Now Kilian is 23 years old and, like every year in a row, he is among the main contenders for the «Ballon d’Or» from France Football.

Unfortunately, the 21/22 season did not end the way PSG fans would have liked. The «Red-blue» once again won the gold of League 1, solidly ahead of their closest pursuers in points. At that time, Mauricio Pochettino and his stellar squad failed to fulfill the main task for the season. In the Champions League, Paris Saint-Germain dropped out of the race at the 1/8 finals stage, losing to Real Madrid.

Nevertheless, Kylian Mbappe proved that he is the best and most productive player in the team, even considering the presence of Messi and Neymar. During the season, in all tournaments, the French forward scored 39 goals and gave 26 resultsin assists. These are gigantic figures for 46 matches. In every game Mbappe tried to demonstrate all his professionalism and he did it very well. But unfortunately, these figures this year will not be enough for Kilian to pick up the snake. However, not everything is sad! The footballer is only 23 years old and if he progresses and grows at such a pace, he will definitely receive the most valuable award from France Football, and more than once! 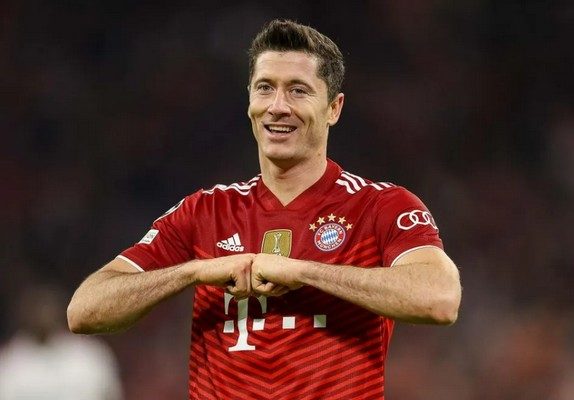 In 2020, due to the pandemic, Robert Lewandowski was not awarded the Ballon d’Or, and last year Lionel Messi took away this award from the Pole. But this does not stop one of the best forwards on the planet for a second, who continues to score goals and replenish his goalscoring baggage. In the 21/22 season, Lewandowski scored 50 goals for Bayern + 7 assists on his account. In the German championship alone, Robert scored 34 goals in 35 matches and this allowed him not only to become the top scorer of the Bundesliga, but also the best in Europe.

Lewandowski once again won the German championship with FC Hollywood, but in the national Cup, and most importantly in the Champions League, Julian Nagelsmann’s team failed. The Reds sensationally left the UEFA Champions League at the quarterfinals stage, failing to pass the Spanish Villarreal. Nevertheless, Robert was able to score 13 goals in the tournament and also gave 3 aasistas.

Lewandowski got into the TOP 5 contenders for the Ballon d’Or, and apparently this is the last time the Pole had a chance to compete for the prize. The footballer announced his departure from Bayern, and it is difficult to predict how Robert will adapt to the new team at this age. 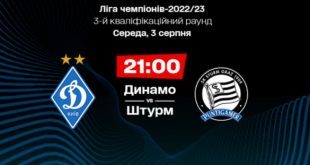 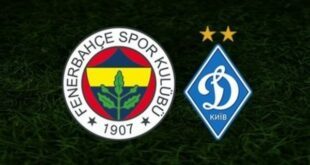 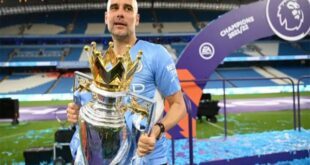 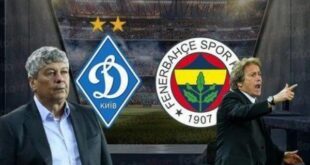